Can Jews Go Inside the Sistine Chapel?

Today I’m addressing a question my guests ask me all the time: can Jews go inside the Sistine Chapel?

Rome boasts an abundance of attractions and cultural curiosities. Running through the Eternal City is a rich vein of Jewish history and patrimony: not just in and around the Jewish Ghetto and ancient center, but also, surprisingly, in the Vatican.

Hidden within the Vatican Museums are countless Jewish symbols and artworks, revealed only . The Vatican’s Lapidarium, for example, is home to the world’s largest collection of ancient Jewish inscriptions. But the highlight for most is the Sistine Chapel, the Vatican Museums’ foremost and final attraction, adorned by Michelangelo’s marvellous frescoes, which is the last attraction to greet visitors before they step outside the Vatican Museums and into Saint Peter’s Basilica. 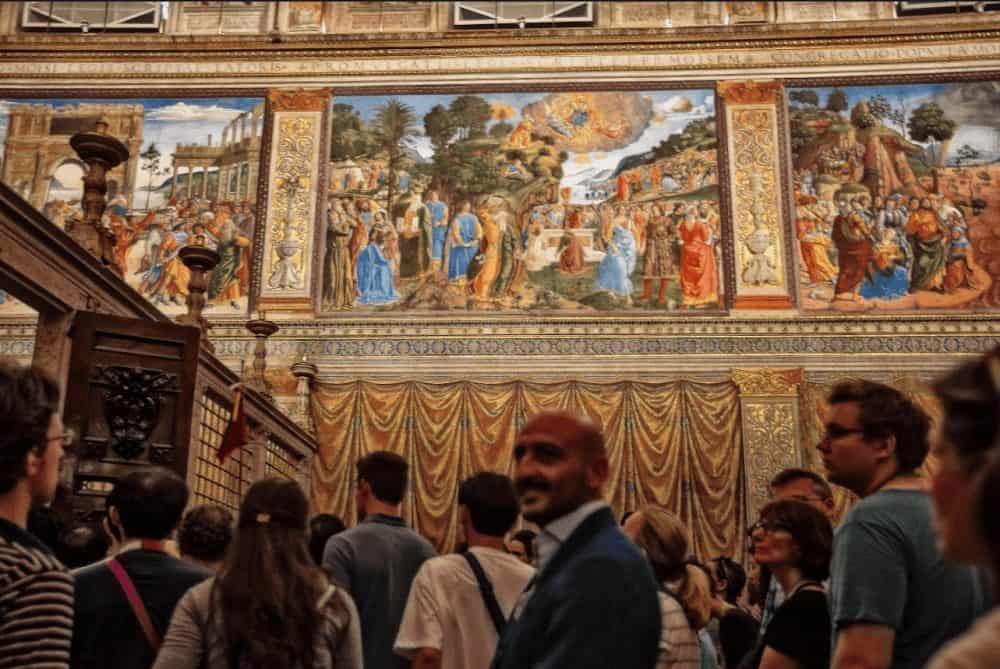 But for Orthodox Jews paying a visit to the Vatican, one question resurfaces time and time again: can Jews visit the Sistine Chapel?

The answer, in short, is yes.

As Rabbi David Sperling has argued on the Yeshiva forum, while Jews should not enter a church that is still being used for worship, many rabbis would advocate that there is no problem entering churches that are no longer in use if you are visiting them in the capacity of a museum.

There is, unsurprisingly, some debate over this issue. Rabbi Uri Orlian suggests that the Sistine Chapel could also be considered a place of worship, and therefore visiting it could be contentious. But even he acknowledges that the Sistine Chapel serves functions other than as a church or place of worship, and that therefore visiting it to view Michelangelo’s art would be justifiable.

So having established that Jews can go inside the Sistine Chapel, the question turns to whether they should.

Joining me on a Jewish Vatican tour offers invaluable insight into the close connection between Judaism and Christianity that colors so much of Rome’s history. Only by visiting Rome with a Jewish tour guide can you seek out the symbols that put Judaism at the heart of the Catholic Church.

→ Learn all about my Jewish Vatican tour

What’s more, the primacy of Jewish themes and symbols within Michelangelo’s frescoes in the Sistine Chapel raises the question of whether his art was intended to promote a purely Catholic perspective or, to put it another way, whether he set out to inspire an exclusively Christian audience. Michelangelo portrays Christ revealing all five fingers – representing the Five Books of Moses – rather than the traditional three which would represent the Holy Trinity. In his portrayal of Adam and Eve in the Garden of Eden, he shows Eve holding the fig – in following with the Jewish tradition – rather than the apple, in keeping with the Christian.

Then there’s the issue of the architecture of the Sistine Chapel. The fifteenth-century chapel was designed specifically to mirror the shape and proportions of King Solomon’s Temple in Jerusalem, as described in the Old Testament.

Joining me on a Jewish tour of the Vatican is a powerful reminder of the connectedness between the Jewish and Christian religions, and an experience any visitor to the Eternal City should be sure not to miss.

→ Click to view the Sistine Chapel in stunning Virtual Reality! 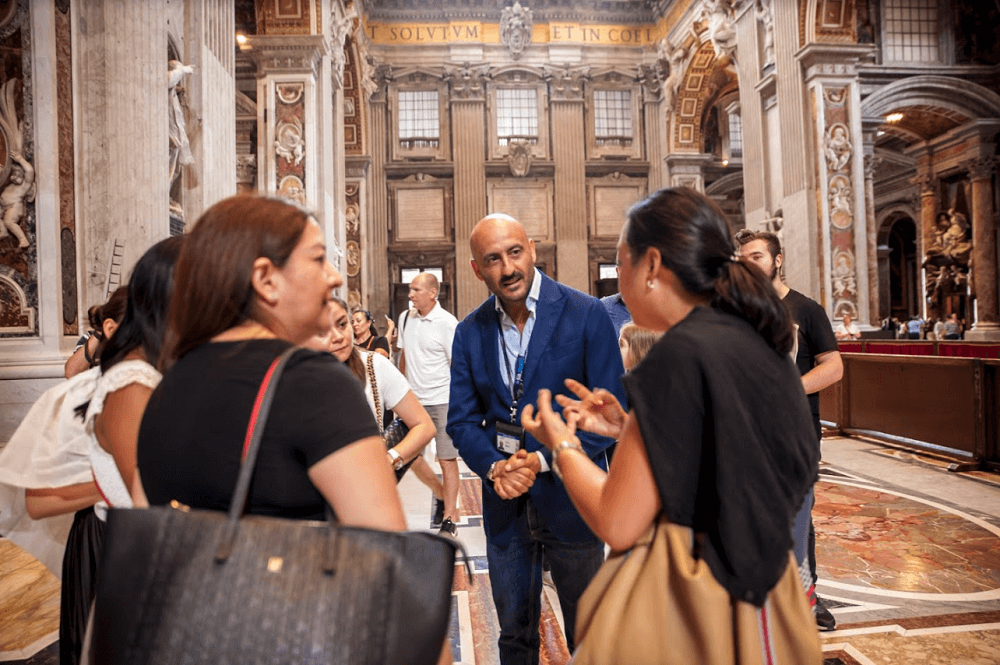