The nature of the Jewish Diaspora determines that Hebrew manuscripts are dispersed widely throughout the world. Fortunately, the Vatican – a magnet of global treasures – has accumulated  a sizeable collection. For centuries, this collection was hidden, available only to a select group of archivists and scholars granted exclusive access to the Vatican’s vaults. For readers of Hebrew, this collection – the Hebrew Manuscripts in the Vatican Library: Catalogue – is now available online for you to browse and discover at your leisure.

Launched in 2009, the catalogue represents a landmark in collaboration between Israel and the Holy See (the Vatican). Most of its compilers are researchers from the Institute of Microfilmed Hebrew Manuscripts and Jerusalem’s Jewish National and University Library while the Vatican’s own Nurit Pasternak provided Palaeographical and Codicological descriptions.

The catalogue records 801 manuscripts, dating from the ninth to the sixteenth centuries (the Middle Ages to the Renaissance), making it one of the most important collections of Hebrew manuscripts in the world. Among the invaluable manuscripts that make up this collection, we have the Urb. Ebr. 1: a bilingual text dating to 1294 which contains the entire Bible in both Hebrew and Aramaic. We have the Neofiti 1, which is our only known example of the Palestinian Targum, and the midrash codices of the 11th century (Vat. Ebr. 30-32 and 60). And we have the oldest known Sifra (Vat. Ebr. 66), dating all the way back to the 9th century.

Deciphering these ancient texts was no easy task. Before the invention of the printing press in the mid-15th century, manuscripts could be passed between many readers, some of whom had no compunctions in editing what they were reading.

If one thought he had spotted an error (of another Aramaic dialect for example), he wouldn’t have hesitated to edit what he was reading, replacing this antiquated Eisak with the more modern Eisek; this outdated Kamatz to the currently accepted Segol.

The effect of this is that most medieval manuscripts are pretty hard to read, being more heavily annotated than even the most sought-after prescribed text-books at today’s university libraries. What’s more, when many Hebrew manuscripts made their way into the “safe” hands of the Vatican’s collection, they were again subjected to the redacting and editing of any text that threatened the status quo. Much in the same way that CIA documents today contain blacked out sensitive material, so too did compromising Hebrew texts of the Middle Ages and Renaissance. 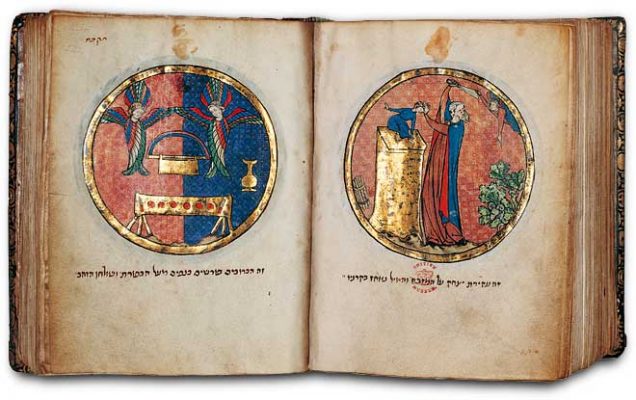