No pontiff before him had done more to bridge the divide between the Catholic Church and the Jews, which had split Rome’s population for centuries. Nor had any Pope before him extended the Church’s olive branch of friendship by stepping into Rome’s Great Synagogue in the Jewish Ghetto.

But few people know that John Paul’s respectful behaviour towards the Jews predated his papacy. Back to when he was a young priest, in the late 1940s, in the aftermath of the Second World War.

Born in 1920, in the southern Polish city of Wadowice, Karol Józef Wojtyła was young man during the Nazi occupation of mainland Europe. As the first country to fall to the Third Reich, Poland was subjected to some of the worst examples of Nazi brutality.

Just a year after the invasion, the capital’s burgeoning Jewish population was rounded up and confined to the now infamous Warsaw Ghetto – the largest in Europe. In 1943, the Nazis liquidated the Warsaw Ghetto -scenes of which have been etched into our collective memory in Roman Polanski’s The Pianist – and Krakow’s Ghetto – as depicted in Steven Speilburg’s Schindler’s List.

Wojtyła was living in Krakow at the time, and, with his illicit involvement in underground seminary, narrowly avoided being deported himself.

The future John Paul II was still in Krakow when the Nazis fled the city on 17 January, 1945 and among the rubble of the ruined city, he immediately set to work in trying to piece back together the lives of those left behind. 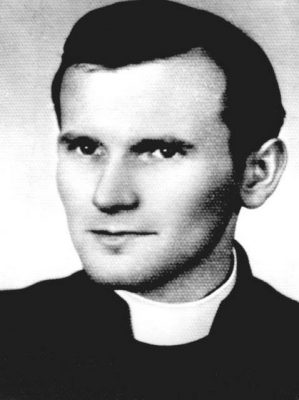 Stumbling across 14-year-old Edith Zierer, a Jewish refugee girl who had collapsed on a railway platform en route to Krakow, he picked her up and carried her onto the train, accompanying her until she had completed her journey. Zierer would claim throughout her life that Wojtyła saved her life.

But it was shortly after that the young parish priest made his most famous intervention on behalf of Poland’s Jews. During the Nazi Occupation, a Jewish-Polish family had sent their son, Stanley Berger, to be hidden by the Yachowitches, a Catholic-Polish family, on the safer German side of the city.

Like millions of others, Berger’s biological Jewish parents did not survive the Holocaust. But they left the young Stanley Berger with three letters: one to the Yachowitches, asking them to raise him as Jew and return him to his people should they perish, one to Stanley himself, informing him of his origins and explaining their actions as an act of love, and one to Jenny Berger, the mother’s sister-in-law in Washington D.C., containing the mother’s testament.

Berger’s Christian parents cared for him lovingly and diligently, as if he were their own. But in their desire to protect him by incorporating him into their religion and culture, they resolved to have him baptised. 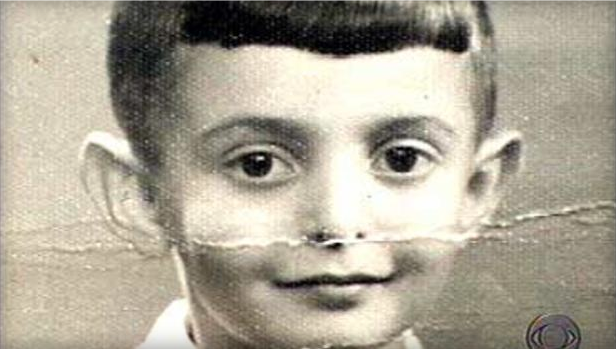 The Yachowitches asked Karol Wojtyła, the future Pope John Paul II, to baptise the boy. Yet Wojtyła refused,for fear of violating his religious identity. Instead he made extraordinary efforts to reunite him with his Jewish relatives in the US, so that the young boy could grow up to live a better life.

This is a little-known episode from Pope John Paul II’s long and illustrious life. And yet it did not go unrecognised. For in April 2005, shortly after John Paul’s death, the Israeli government created a commission to honour his legacy.

And what of Stanley Berger?

Many years later, Berger returned to Poland to seek out the priest who had saved him. He wanted to thank him for securing his Jewish upbringing; for protecting his destiny. But despite asking around, he could not find the priest anyway.

That’s because Karol Wojtyła had since moved to Rome. Not to serve as a priest, or even cardinal. But as the Pope.